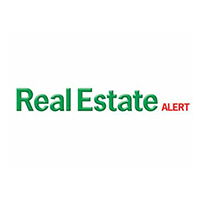 A startup investment manager has completed raising $100 million of equity for its debut fund.

The Houston shop, Marble Capital, is shooting for a 13-14% return by providing preferred equity to developers of multiÂ­family properties nationwide.

The operator aims to work with well-respected developers in top markets. It generally supplies $5 million to $15 million of capital per investment, in the portion of the capital stack between the construction loan and the developer’s own equity. For example, if a developer arranges a construction loan covering 60% of a project’s cost but can’t line up the remaining 40% as common equity, Marble might kick in 25% of the capital, reducing the developer’s common-equity commitment to 15%. Marble seeks a preferred return of 13- 15%

The value-added vehicle, Marble Capital Fund 1, held its initial close on $60 million of equity in October 2016. The final close came five weeks ago. Marble, which didn’t use a placement agent, raised the capital from wealthy individuals.

With leverage, the vehicle could have some $500 million of investment capacity. TI1e sponsor has already plowed about $30 million of equity into four investments and expects to inÂ­vest the rest by the end of next year.

In its largest investment to date, the fund took a $15.7 million preferred-equity stake at yearend 2016 in Sycamore Canyon, a 275-unit apartment project in Riverside, Calif. The property, being developed by Sunrise Luxury Living of HousÂ­ton, is expected to be completed next year.