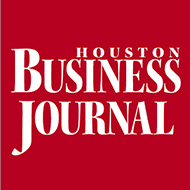 A Houston-based investment manager focused on multifamily development raised
hundreds of millions of dollars for its second fund.

Marble Capital primarily provides preferred equity to experienced developers in U.S. growth
markets, the release notes. Marble Capital’s second fund aims to provide between $5 million
and $20 million in capital for each project. The fund has already closed or committed to 16
projects valued at $160 million, and the firm expects to deploy the remaining capital in
2020.

Marble Capital is led by President Carson McDaniel, who is responsible for managing the
firm’s daily operations, underwriting and evaluating investment opportunities, and
managing investor relations.

“Our strength is in our relationships, both with our investors and our developer partners,”
McDaniel said in the press release. “We are excited about the geographic and sponsor
diversification in Fund II as well as the return profile in a historically stable asset class.”

Since Marble Capital’s founding in 2016, the firm has invested in approximately 7,000 units
worth some $1.3 billion. The firm has investments in 22 markets throughout Texas,
California, Arizona, Utah, Colorado, Missouri, New Jersey, Tennessee, North Carolina, South
Carolina, Alabama, Georgia and Florida, according to the company’s website.